Photo by Fernando Gutierrez on Unsplash

Find out when and where whales frequent the places you sail and fish – the Tanzanian Whale Network wants you to join them! This informal network was formed in 2018 and is citizen science in action. A WhatsApp group provides realtime sightings, and the data reports are consolidated each year to provide a picture of whale numbers at various times and places along the coast. The group encourages everyone who is regularly on the water to join, including fishermen, sailors and boaties of all sorts.

Humpback whales (Megaptera novaeangliae) are present in Tanzanian waters from June to November each year. They spend the austral summer months (Nov-March) in Antarctica feeding and make the long migration to give birth and mate in the relatively safe, warm tropical waters of East Africa. Now that whale hunting has largely ceased, humpback whale populations in East Africa are believed to be steadily increasing in number, and, as a consequence, humpback whale sightings in Tanzania and other nearby regions are becoming more common.

Members of the Tanzanian Whale Network include most of the divers, recreational fishermen, sailors and water sports operators in the country. Also included are some of the marine park managers, marine biologists, conservationists, and fisheries specialists etc. Members live across the entire country, but there are large numbers from Mafia, Zanzibar and Dar es Salaam and fewer from Tanga, Mtwara and Lindi. Anyone can be a member – all you need is a willingness to report the whales you see.

See Join the Group below for details.

The group welcomes anyone interested in whales so please join this citizen science effort!

Use this form to report humpback sightings.

To join the WhatsApp group send an email to Gill Braulik, gillbraulik@gmail.com, or use your WhatsApp phone to join: 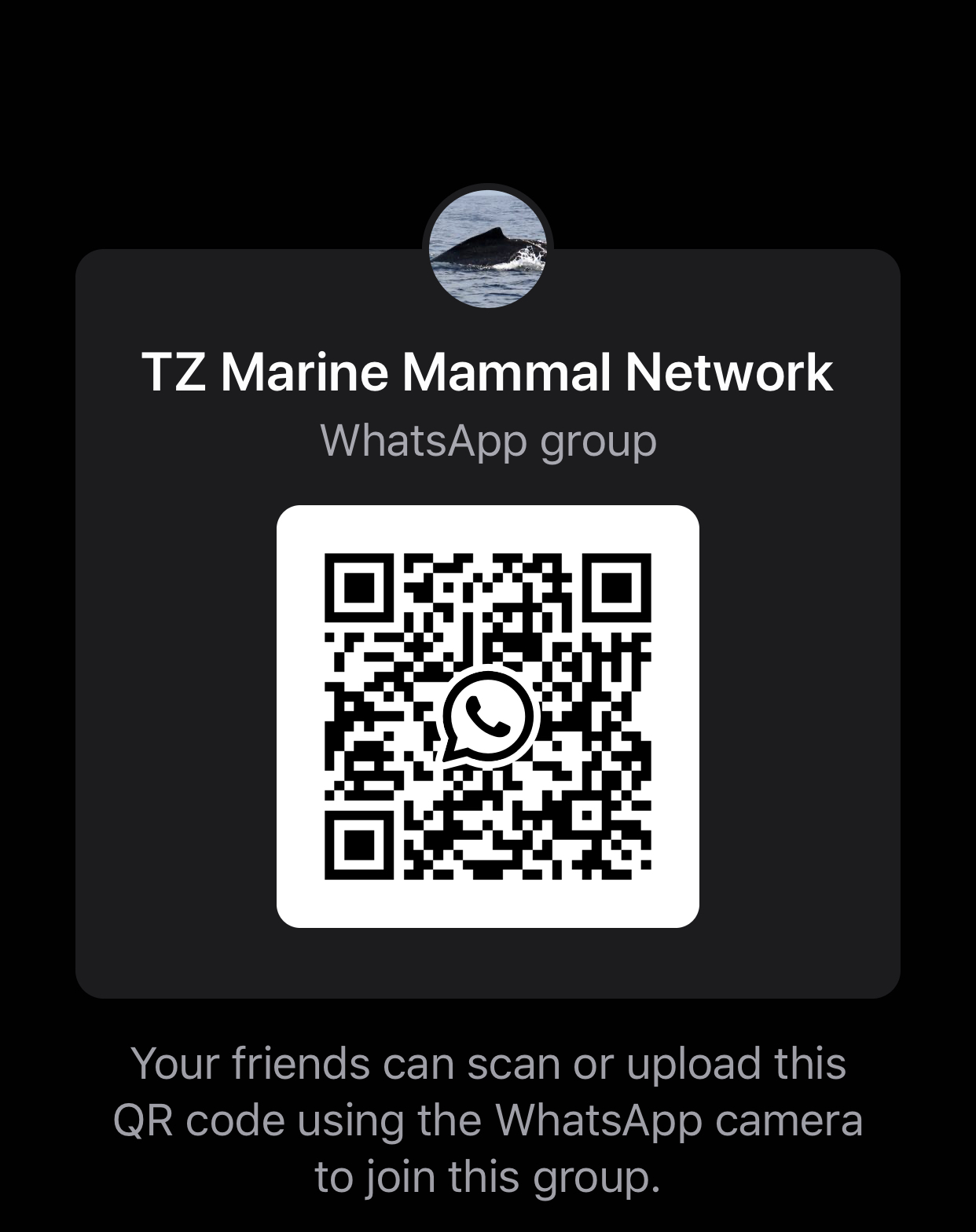 Check out our Map and Places of Interest.